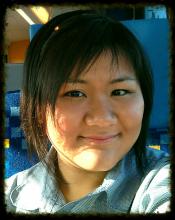 In 2008, she was awarded the FAO scholarship by FAO and the Ministry of Rural Development of Hungary to attend the Faculty of Veterinary Science, Szent István University in Budapest for 5.5 years. Since 2010, she has been practised the Gene Conservation and Population Genetics in Animal Breeding at HáGK. In 2012, she presented her diploma work on cryopreservation of Hungarian landrace guinea fowl spermatozoa at TDK (Student Scientific Conference) and won the CEVA-PROPHYLAXIA award. In March 2014, she graduated from the international Veterinary Medicine course (in English) of Szent István University and was granted the title dr. vet (equivalent to MSc degree). She joined MGE in June, 2014 and was officially employed as Assistant Researcher at HáGK in July, 2014. Her interest includes applied reproductive biology of poultry, farm animal breeding, animal health, animal welfare, conservation of indigenous animal genetic resources and academic writing. She also has experiences in small animal veterinary practice and good command of Microsoft Office™ tools, SPSS statistical software.  She wishes to improve her professional knowledge while working at HáGK and use it to protect the indigenous animal genetic resources and their natural biodiversity.