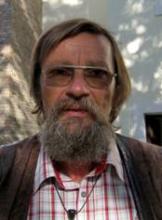 He has been a co-worker of KÁTKI since 2012. At the present he is acting head of the Department of Gene Bank and Gene Conservation. His duties include promotion of the common objectives of the recognized indigenous breed societies in gene reserve protection, as well as elaboration of proposals and having them accepted based on aspects of breeding, keeping and animal health. In order to achieve this, he is responsible for networking with institutions of higher education, authorities, national parks, societies, technical committees and breeders competent in the topic concerning all traditional animal species and breeds. Furthermore, his duty is to give opinion on relevant measures and proposals, i.e. co-ordination.

He is in charge of running our large animal show farm and the maintenance of micro-populations of animal breeds existing at the lower limit of the endangered animal category.

He takes role in all fields of training and education.

He holds positions in indigenous breed societies as founding member, member of the breeding committee or president.