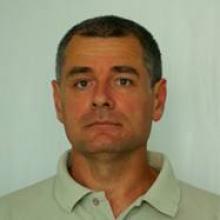 He has been working in KÁTKI since 1985, and has been a chief research fellow since 1996. He directed the institute between 2003 and 2005. His present duties include the control of genetic research and planning of genetic and probiotechnological projects for research grant applications and researches made on order. His specialties are molecular genetics, poultry genetics and embryology, as well as probiotic technologies. He is scientific supervisor of a full-time PhD student.

He takes part in the PhD training at Szent István University by giving lectures in “cytogenetics” and “poultry genetics”.

He is scientific part-supervisor in the bilateral French-Hungarian project titled “Development and use of biotechnological methods in the reproductive biology of poultry for the conservation of genetic diversity (2010-2013)”.